Our friend and one-time columnist Susan Silver was at the talk and book-signing on Tuesday night at Christie’s. She wrote me about it yesterday morning, still swooning. I asked her if she’d share the moment with us and she was happy to.

Well, it’s been a while since my “Search for Mr. Adequate” in the New York Social Diary.  Alas, I hadn’t found him … until Tuesday night. So I thought I’d let you know first. Unfortunately, he is taken … by a lovely lady. He is not a prince, but is a Lord! Which is good enough … definitely more than Adequate!

I went to a book signing and lecture by Lord Charles Spencer, from one of the great aristocratic families in England … and, oh yeah, brother of the late Princess Di.

He is charming, handsome, very accomplished … historian, journalist. Written five books. But when we were introduced, by his PR Maven Judy Twersky, who was kind enough to give my Mary Tyler Moore Show credit (ed. note: Susan was one of the original writers of “Mary …”) Lord Charles was eager to tell me he watches all the reruns when in his home in Pacific Palisades, when he is not at Althorp, the family ancestral home. We ‘bonded,’ she said blushing.

What a treat to meet him and when his wife Karen told me they actually had been fixed up on a blind date, four years ago … well it should only happen to me! Off to read the book now. 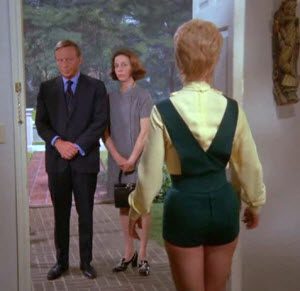 So, back in the day, when I started out as a sit com writer, Hot Pants were in…fashionwise. I wore them. To meetings. Yeah, i did. And in one script, I decided to put Shirley Jones in a pair as well!

It was my first show for The Partridge Family and I concentrated on the character Danny Bonaduce played, as he was like a little adult comic in a kid’s body.

I had the mother, Shirley, go out with a much younger man, using The Graduate movie reference of ‘Mrs. Robinson.’ A reference I have used myself when meeting younger men, but enough about my dating life.

(Note: sign up for my pre publishing preview chapter offer here, and you will see for yourself.)

In the show, the young man’s parents came to meet Shirley and when they saw the Hot Pants…well, you can only imagine. It made for laughs and oh, yes, by the way it led to my being written up in TV Guide, “The Writer Wore Hot Pants” and by extension, the name of this memoir.

I am so excited to have gotten my Posters for the book today! I just love the illustration that my great artist, Joey Helberg did. It’s starting to be real now and the book is actually coming sooner than I thought! So be on the lookout in a couple weeks and I will be posting all the information for you to buy. thanks, 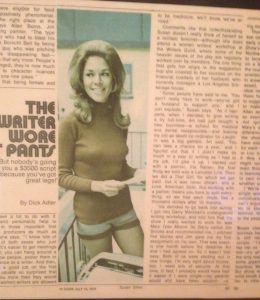 THIS PICTURE WAS THE ORIGINAL IN THE TV GUIDE THAT INSPIRED US! 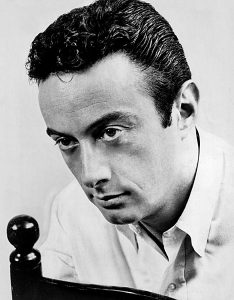 Think, fish out of water, Little Annie Fannie goes to grad school. I spoke at a Brandeis Academic Conference on Lenny Bruce.  I have never have heard the word “trope” spoken so often. And please, can we retire the phrase “unpack” unless it’s about travel and luggage. Still, I met some really smart, interesting people and learned a lot, as well as treasuring Lenny Bruce even more than before.

By mistake the first morning, I got into the wrong van from the hotel to the Conference and was soon joined by Kitty, her entourage and Christy Hefner, daughter of Hugh, who had been so instrumental in supporting the exhibit as
well as Lenny’s early days in Playboy Magazine and on Playboy After Dark appearances, when others wouldn’t book him.

Christy had attended Brandeis and was thus another link to obtaining the papers.

It was a tad uncomfortable introducing myself as someone who had once gone out with her father…but Kitty was sweet and gracious.  The next day I took the other van however, just in case.

Some of the papers presented in various panels were about “Ancestors and Descendants,” borscht belt to Charlie Hebdo, how he later influenced those like George Carlin, Richard Pryor.  An actual Cantor sang a Bob Dylan song which was a tribute to Lenny (with harmonica!) Others were titled “Censorship and Law”, “Religions and Reason” covered blasphemy and humor in post War America…and even “Jewish Humor and the Holocaust” which led to a very interesting dinner conversation to say the least.

I treasured my Lenny encounter all these years and after the Conference, even more. How amazing that I met him. He was truly an Icon of our times.  He was labeled by Time Magazine as a “sick comic.” A misnomer if there ever was one. Yet it tarnished him forever.

Lenny was unique. He pushed against the limits of free speech. Brandeis University is a great place to continue the fight.  Colleges today are under such an onslaught of political correctness, “trigger” words which might offend, Halloween costume warnings; he probably couldn’t have gotten booked on campuses now. He loved to mix Yiddish and obscenities. He hated hypocrites, as he called out Bishop Sheen. In fact his religious attacks are what got him arrested. It was easier to prosecute blasphemy than obscenity. And then the nightmare began every appearance, cops and prosecutors.  Persecutors.

His reach was endless and his purpose so different than comedians working today who just try to shock and use four letter words or bodily functions and like to think they are his descendants. To me they are not. I won’t names, but I will point out Louis C K as a real disciple, Sasha Baron Cohen and Amy Schumer deserve the mantle in my opinion. Jon Stewart rates and led to John Oliver, whose profanity somehow is cute…probably the “English accent.”

But there was only one Lenny Bruce. And there will never be another. He was quoted as saying poignantly, “I’m not a comedian. I’m Lenny Bruce.” Comics often describe their work in life and death terms like I killed,” “I died up there.”  It was the first time anyone did what he did and he did die for it. Literally. He was brilliant, observant, and even in our brief time together, he pegged me correctly. As a child, I’d loved the book “The Secret Garden”, but was afraid to enter that night.  Other times I did.  Well, you’ll have to wait for the memoir.

At the end of the conference, I bought a T Shirt they had on sale, the money going to the Lenny Bruce Memorial Foundation that Kitty Bruce had established to help addicts after their rehabilitation.  I got the Extra Large so I could “wear it as a nightshirt,” as the salesperson suggested. It has an iconic full length shot of Lenny on the front, familiar slouch, hands in pockets. cigarette dangling, soulful eyes fixing you in his gaze. Sensual. Beckoning.  So now, I do sleep with Lenny…in a way.

Because of my career, I have had the extraordinary luck to have, sometimes briefly, sometimes meaningfully, like Woody Allen’s Zelig, engaged with many of the icons of my generation. But it started even before that!

In college, I was an “extra” in the movies and caught the eye of Elvis, yeah that one, in Viva Las Vegas, but was too chicken to go out with him when he sent one of his minions to ask. (If you look really fast, I am the “unnamed Showgirl” passing by, balancing a huge gold headdress, while he woos Ann Margret by a pool table.)  I was also friends with a shy, sensitive guy at UCLA named Jim Morrison, but before the Doors, when he reinvented himself into a leather wearing sometimes scary sex symbol.

I worked for Mort Sahl, but I did go out with Lenny Bruce!  His mother, Sally Mar (later played on Broadway by another pal of mine, Joan Rivers) fixed me up with him when I was in college.   She was a burlesque manager and we “bonded” at a New Year’s Eve Party when she asked if I was single and would like to ‘‘meet her son.”  She called him and he actually showed up.

Recently, Brandeis University was holding a two-day seminar on: Comedy and the Constitution: The Legacy of Lenny Bruce.  They had previously acquired his papers from his daughter, Kitty, who was to attend.

As I was writing my memoir, I thought, this would be a great way to commemorate the public and refresh my private reminiscences.  I called to see if I could attend, and when they heard that I’d known him, they asked me to speak at the conference! I didn’t know what that would be like, never having been a part of an academic forum, where papers were “presented.” It turned out to be a memorable few days.

PART TWO TO COME NEXT FRIDAY