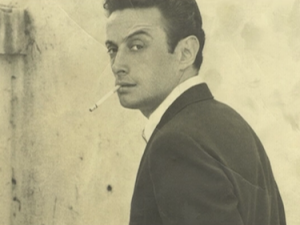 Because of my career, I have had the extraordinary luck to have, sometimes briefly, sometimes meaningfully, like Woody Allen’s Zelig, engaged with many of the icons of my generation. But it started even before that!

In college, I was an “extra” in the movies and caught the eye of Elvis, yeah that one, in Viva Las Vegas, but was too chicken to go out with him when he sent one of his minions to ask. (If you look really fast, I am the “unnamed Showgirl” passing by, balancing a huge gold headdress, while he woos Ann Margret by a pool table.)  I was also friends with a shy, sensitive guy at UCLA named Jim Morrison, but before the Doors, when he reinvented himself into a leather wearing sometimes scary sex symbol.

I worked for Mort Sahl, but I did go out with Lenny Bruce!  His mother, Sally Mar (later played on Broadway by another pal of mine, Joan Rivers) fixed me up with him when I was in college.   She was a burlesque manager and we “bonded” at a New Year’s Eve Party when she asked if I was single and would like to ‘‘meet her son.”  She called him and he actually showed up.

Recently, Brandeis University was holding a two-day seminar on: Comedy and the Constitution: The Legacy of Lenny Bruce.  They had previously acquired his papers from his daughter, Kitty, who was to attend.

As I was writing my memoir, I thought, this would be a great way to commemorate the public and refresh my private reminiscences.  I called to see if I could attend, and when they heard that I’d known him, they asked me to speak at the conference! I didn’t know what that would be like, never having been a part of an academic forum, where papers were “presented.” It turned out to be a memorable few days.

PART TWO TO COME NEXT FRIDAY

This site uses Akismet to reduce spam. Learn how your comment data is processed.